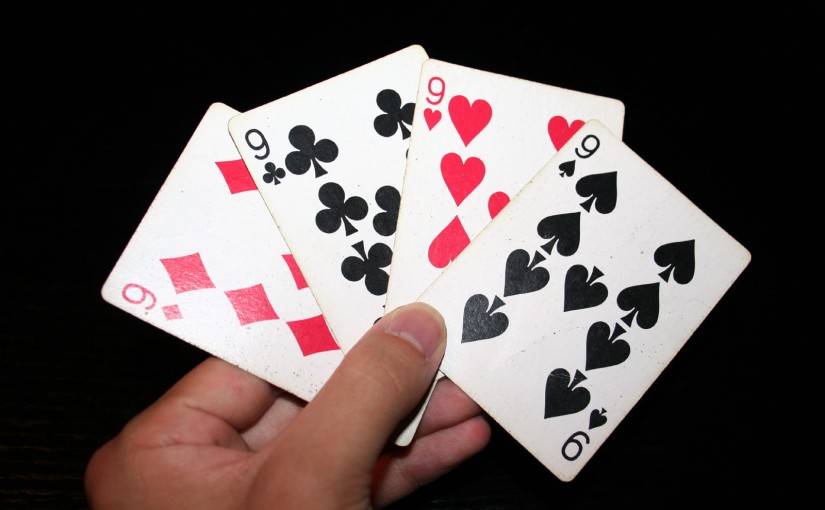 Today I found via FiveThirtyEight a riddle about arithmetic progressions: it’s called “Dodging 9s”. The question is to find the longest arithmetic progression (which means a collection of numbers in which each number is equal to the precedent plus some constant number (called the common difference), for instance 4 7 10 13 16) in which there is no 9 in any number. The repartition of the integers which contain a 9 is shown in the following figure, where the first row is 1 to 100, the second 101 to 200 and the last 9 901 to 10 000. 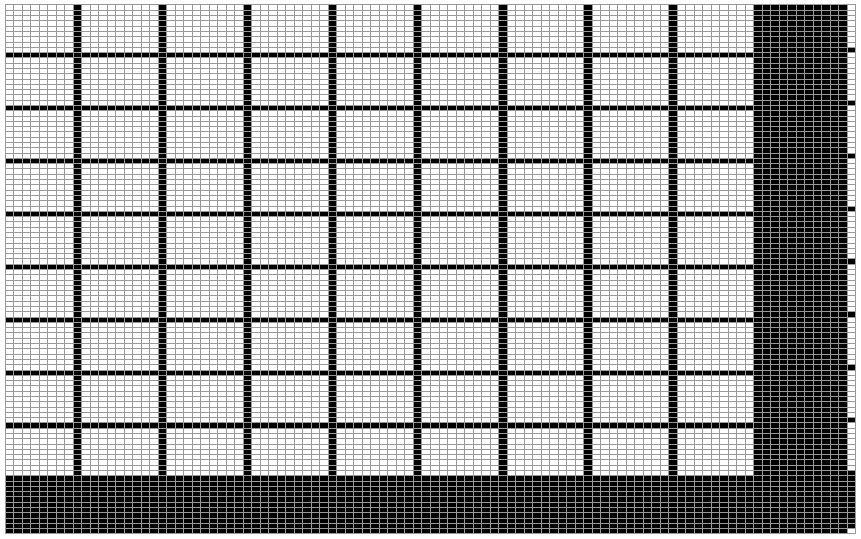 This repartition leads me to think that the progression must be built around the idea that it should avoid the black areas by making a “jump” over the portion of the integers which contains a 9. For instance, the progression 8 32 56 80 104 128 152 176 200 224 248 272 avoids the 90s and the 190s (but not the 290s, sadly). In order to determine the best progression, I will use R to calculate the length of the acceptable progression for multiple starting points and common difference. The following functions use regex in order to compute the length of the longest acceptable progression with these parameters:

and which is represented in the following graph by the grey tiles: 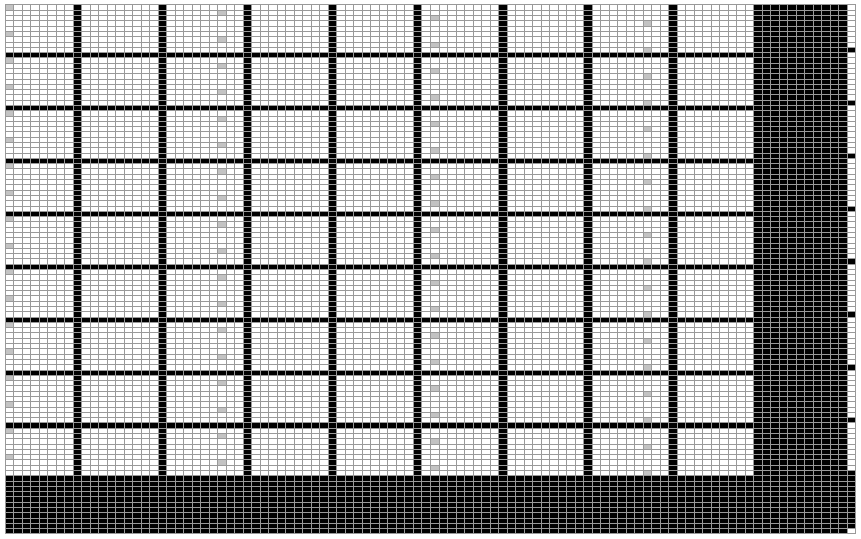 Adding one more term to the progression leads to 9001, which obviously contains a 9. This little exploration is of course no proof of any maximum length, but it shows that my hypothesis of some “jumps” over the 9 areas wasn’t wrong! 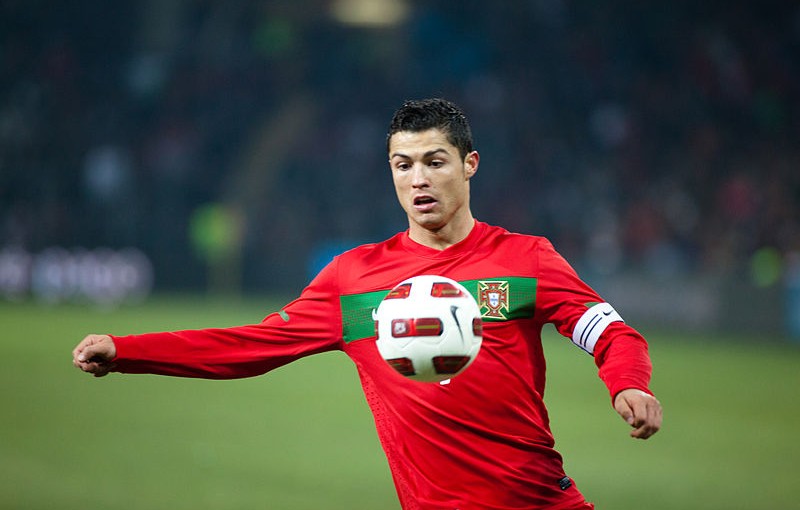 UEFA Euro 2016 is over! After France’s heartbreaking loss to Portugal in the Final, it’s now time to assess the performance of our “splines model“. On the main page of the project you can now find the initial predictions we made before the start on our competition. I also added a link to the archives of the odds we updated after each day (EDIT: I realize I made a mistake with a match that was played on Day 2, I’ll correct this asap – results should not be altered much though.)

Let’s begin with our new European champions: Portugal. They were our 5th favorite, with an estimated 8.3% chance of winning the title. To everyone’s surprise (including ours to be honest 😉 ), they finished 3rd in group F. However, the odds of this happening were estimated at 20%, so we can hardly say the splines model was completely stunned by this outcome! In fact, except for the initial draw against Iceland, we had all calls correct for Portugal games!

Sweden certainly had one of the best players in the world with Zlatan Ibrahimovic. But our model was never a fan of their squad, and they did end up at the last place in group E. Similarly, Ukraine was often referred to as a potential second-rounder but ended up at the last place (losing all their games), which was the most likely outcome according to the splines model.

Austria were seen by the splines model as outsiders for this competition (4.7% of becoming champs – for instance, Italy’s chances were estimated at 4.2%). We evaluated their chances of advancing to the second round to be greater than 70%. They ended up at the last place of Group F with a single point.

On the contrary, Iceland were seen as one of the weakest teams of the competition and a clear favorite for last place in Group F. Eventually, they were astonishingly successful! On their way to the quarter-finals, they eliminated England. Our model gave England a good 85% probability to win the match. But, surprising as it was, this alone does not prove our model was not reliable (more on upsets on the next paragraph). Yet we can’t consider the projections for the Three Lions other than a failure, because they also ended up second in group B when we thought they would easily win the group.

Spain lost in round of 16 to Italy and in the group phase to Croatia. The estimated probabilities for these events were 40% and 16%.

We almsot included Turkey in the previous paragraph: after all, we gave them the same chances as Italy for winning the tournament, and we estimated their odds of advancing to the round of 16 to more than 70%, yet they failed. In addition, their level was described by experts as rather poor. But paradoxically, the splines model had all calls correct for Turkey games! What doomed them was the 3-0 loss against the defending champions, Spain. With a final goal average of -2 and 3 points, they couldn’t reach the second round as one of the four best thirds.

Wales unexpectedly beat Belgium, one of our favorites, in quarter-finals. But is this a sign of a bad model or bad luck? Upsets happen, and they’re not necessarily a sign that a team’s strength was incorrectly estimated.

Our model stood out from others (examples here, here or here) on predictions for France. As a matter of fact, it valued much less home field advantage than the other models. But France didn’t win the Euro! Similarly, nearly all models predicted a Brazil victory in World Cup 2014, mostly because of home field advantage… and we all know what happened!

We had a lot of fun building this model and it helped us enjoy the competition! I hope you guys enjoyed it too!