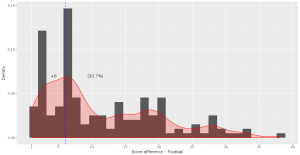 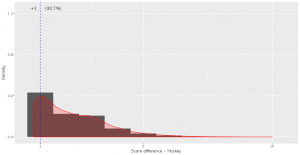 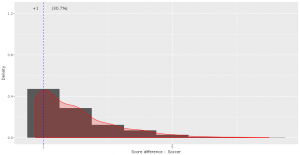 Earlier this month, the Philadelphia 76ers grabbed their first (and for now, only) win of the season by beating the Lakers. That night, checking for the menu on the NBA League Pass, I quickly elected not to watch this pretty unappealing matchup. Though I couldn’t help thinking that it is a shame for franchises that have both won NBA titles and see legends of the game wear their jerseys. During many seasons, a Lakers-Sixers game meant fun, excitement and most important of all excellent basketball. And I started wondering what were the best and worst matchups throughout NBA history.

My criterion to evaluate these matchups will be the mean level of the two teams during each season. In fact, by “good” matchup I mean a game that feature two excellent ball clubs, making it an evening every NBA fan awaits impatiently as soon as the season calendar is made available. On the contrary, a “bad” matchup is a game whose only stake will be to determine draft pick orders. My criterion does not predict the actual interest of watching these games: a confrontation between two top teams might very well be pretty boring if the star players are having a bad night (or if the coach decides to bench them). Also, a contest between two mediocre teams might very well finally be a three-OT thriller with players showing excellent basketball skills. In fact, my criterion only holds from an historical perspective (or in the very unlikely case that you have to choose between the replay of several games without knowing when these games were played 🙂 ).

The level of each team is estimated using the excellent FiveThirtyEight NBA Elo rankings. Then, to rank the 435 possible matchups between the 30 NBA franchises, I will average the mean level of every two teams for all years between 1977 and 2015 (I chose to limit the analysis to after the NBA-ABA merger of 1976 so as to avoid dealing with defunct franchises). You can found the R codes I used on my GitHub page.

Of course, our method values regularity, so it’s no surprise we find at the top matchups between the teams that have been able to maintain a high level of competitivity throughout the years. In fact, the best matchup ever is “Lakers – Spurs”, two teams that have missed the playoffs only respectively 5 and 4 years since the 1976-1977 season! “Celtics – Lakers” comes in 6th: basketball fans won’t be suprised to find this legendary rivalry ranked up high. It might even have been higher if I had taken seasons prior to the merger into account. The first 10 matchups are:

The worst matchup ever is “Timberwolves vs. Hornets”. Thinking about the last few years, I have to admit that these games were clearly not among my favorites. Poor Michael Jordan’s Hornets trust the last 7 places on the ranking, thanks to the inglorious Bobcats run.

Among the most infamous matchups ever are:

I really hope the owners of these franchises are able to turn the tide and put their teams back up in the rankings soon!